Photographs are an interesting as well important part of our lives. They capture the moments that take us back in time. It’s interesting how a moment is frozen in one frame that will never come again but once existed.

Thinking and emphasizing this commonly understood but majorly neglected photography fact is simply surprising and amazing.

Well, this is something that any one of us can sit and think about for hours. But there are many other amazing photography facts that we bet you didn’t Know – Yet!

#1. The Most Viewed Photograph in History

Almost everyone must’ve looked at this photograph once in their lifetime and that makes it the number one amazing photography fact.

This old Windows default screen is the most viewed image in history.

There’s a rumor that this photograph ‘Bliss’ by Charles O’Rearmade him around $100,000 which was the second-largest payment ever made to a photographer for one picture, at the time.

However, we wonder how much he must’ve earned if he was to receive a royalty on the number of views then!

You must’ve seen the photos of lying dead bodies in the news or someplace else. But have you seen a perfectly fine photograph, absolutely nothing wrong with the people standing in it except they’re not smiling?

Well, chances are that you’re looking at an old photograph of dead people dressed and postured as alive!!

Surprisingly freaky as this amazing photography fact is, the dead were the most popular subjects for photography in the 1800s.

They were dressed and were made sit with the help of some support, facing the camera. This was a way to capture the memory of a deceased person for the very last time.

Well, photos in old times were taken using large format cameras. And, the technology was definitely wasn’t as quick as today.

It used to take hours and hours to capture on image and photo usually involved the use of a head brace for support.

Keeping such struggles in mind, we can understand why smiling in the photos was a huge feat!

#4. The Accidental Photo of the Person

This is one of my favorite amazing photography facts that talks about how the first image of a person was an accident!

In the year 1828, Louis Daguerre took the 1st photo that captured a huma.

His intent was to take an image of the Boulevard du Temple in Paris. The man in his photo was getting his shoes polished, which is why he stayed still long enough for his photograph to be taken. Since the exposure lasted for 7 minutes, the man also got photographed.

#5. How Old is the Oldest Surviving Image?

Get amazed by this amazing photography fact – The oldest surviving photo is almost 200 years old!

Another fun thing about this amazing photography fact is that it isn’t only the oldest surviving image but it also took 8 hours to capture it then.

The image is named ‘the view from the window’ and was taken by Joseph Niepce in Saint-Loup-de-Varennes, France.

It took a lot of effort and time to capture this image as the technology wasn’t as advanced as it is, and we must be grateful that this piece of art actually survived.

#6. Images We Capture Every Two Minutes

Did you know that every two minutes, we click more photos than the whole of mankind did in the 1800s?

Yes, you may feel you wish you didn’t know this, but every time you click the photo again – Remember this.

It wasn’t until the first commercial camera started to exist. Only a few million images were taken in the whole 80 years before that.

But thanks to digital photography that enabled you to take the picture of every cuisine you eat or every place you visit guys.

#7. The Creation of First Negative

William Henry Fox Talbot was the one who created the first negative. Photography went through many advances and challenges before it reached this point.

He mixed a developing agent (a mix of gallic acid and silver nitrate) and silver iodide to create the negative.

This made reprinting positive photos quick and easy through contact printing. What’s more amazing about this amazing photography fact is that William does this in 1839 but he didn’t declare it until 1941.

What can make photography more interesting without the use of any digital camera brands or digital photography techniques?

– Each end of a panorama are capturing different points in time

– We can develop negatives in coffee

– The world’s most expensive photograph is Sold for $6.5 Million (that’s what the photographer says)

– The cat photos are trending since the 1870s

If the facts surprised you or if you have any other amazing photography facts, do share them in the comments and I’d love to know them. 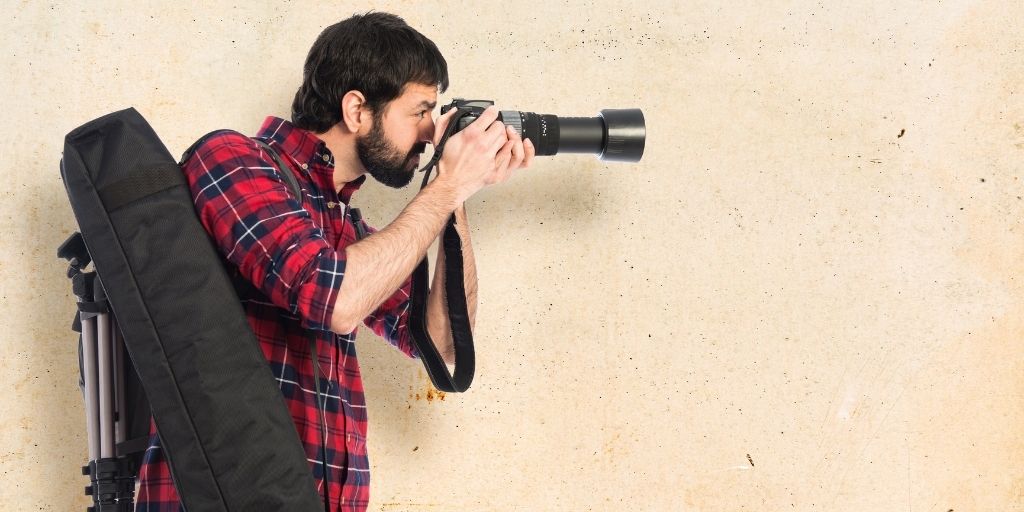 What Is Digital Photography?